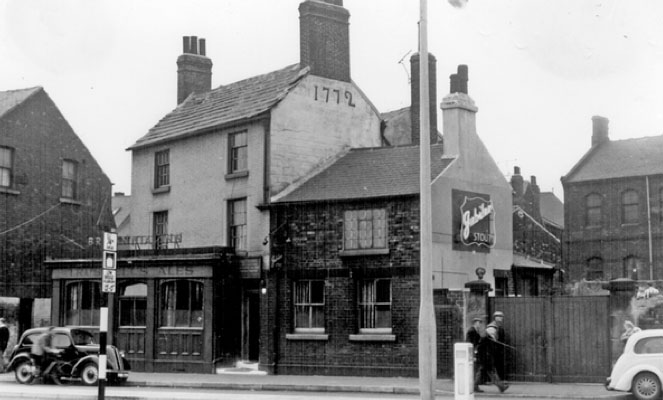 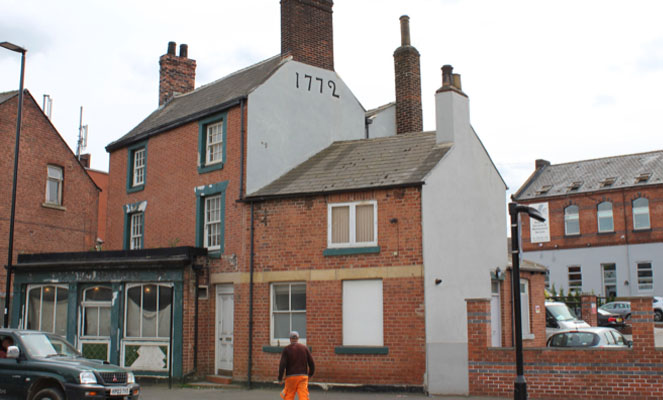 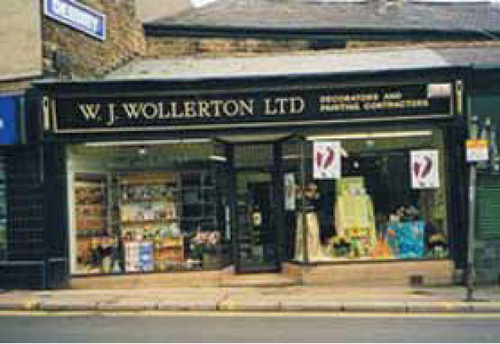 The story goes that the Britannia was coverted from two dwellings and at one time was the residence of Benjamin Huntsman, the inventor of crucible steel, who had a workshop in Church Street.

Attached to the gable and wall there are some metal figures (1772). There significance is not known, for it is believed that the building dates from before that year and Huntsman was certainly here at that time.

In 1819 a widow Ann Hancock were living here and cutlery manufacture was being carried on in a workhop at the rear. It was after this period that the two houses were converted into a school and later a shop before becoming the Britannia Inn

This website uses cookies to improve your experience while you navigate through the website. Out of these, the cookies that are categorized as necessary are stored on your browser as they are essential for the working of basic functionalities of the website. We also use third-party cookies that help us analyze and understand how you use this website. These cookies will be stored in your browser only with your consent. You also have the option to opt-out of these cookies. But opting out of some of these cookies may affect your browsing experience.
Necessary Always Enabled
Necessary cookies are absolutely essential for the website to function properly. This category only includes cookies that ensures basic functionalities and security features of the website. These cookies do not store any personal information.
Non-necessary
Any cookies that may not be particularly necessary for the website to function and is used specifically to collect user personal data via analytics, ads, other embedded contents are termed as non-necessary cookies. It is mandatory to procure user consent prior to running these cookies on your website.
SAVE & ACCEPT